Are you in the middle of planning your BFF’s bridal shower? Chances are you probably have a few questions when it comes to deciding on which, if any, games you’ll be playing (we know we did!) The fact of the matter is that no two bridal showers are the same, and the rules that apply to one may not necessarily apply to the other. That being said, there are definitely some best practices in place and to help you make sense of it all, we’ve answered the four most frequently asked questions about bridal shower games.

What kind of games do you play at a bridal shower?

Typically there are two kinds of games played at a bridal shower- interactive and noninteractive. In other words, multiplayer and single-player.

Interactive games, also commonly referred to as icebreakers, require guests to mingle among each other in order to play. Examples of classic ‘multiplayer’ games include:

Noninteractive games, which are typically found in printable form, tend to require more actual thought than socializing. Examples of classic “single-player” games include:

We suggest featuring an even mix of both styles of game: interactive to get guests socializing and single-player to make things competitive.

How many games should be played at a bridal shower?

There is no right or wrong answer to this particular question as it all depends on two factors: the length of the bridal shower and the bride-to-be’s preference.

Our basic rule of thumb is one game played for every hour spent. As most showers tend to be three hours long, the average number of games played at a bridal shower is three.

If you’re truly worried that you’ll make the wrong choice, discuss it with the bride-to-be and make your decision based on that. It’s her shower after all, so what she says goes!

Do you have to play bridal shower games?

In our honest opinion, the answer to this question is no, you do not have to play bridal shower games. There is no hidden handbook that says they are a must. In fact, it’s not even taboo if you don’t. We’ve attended many modern bridal showers that have skipped the game-playing portion and were still super fun.

The real question is should you play them? And for that, we don’t have a definitive answer. Again, it’s all about your bride-to-be’s preference. If she’s looking for a traditional bridal shower- play some games! If she’s a nontraditional bride- screw traditions! It’s really that simple.

What do you do at a bridal shower without games?

The truth is that a bridal shower without games is still just a bridal shower. In other words, guests are still required to socialize with one another while the bride-to-be takes turns visiting with everyone.

If you are comfortable knowing that playing games is not a necessary step to achieving this goal, then you need not plan anything to take their place. If you are unsure, or even the slightest bit worried, we recommend supplementing bridal shower games with one or two of these alternative activities.

Listen to your gut because your bride-to-be trusted you to be her maid of honor for a reason! 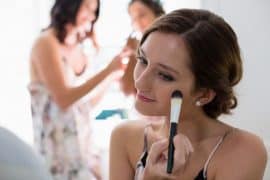 6 Expenses Maids of Honor Should Expect to Pay For 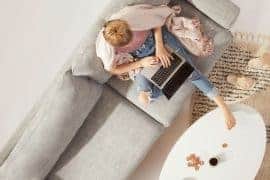 3 Ways to Support Your Bride-to-Be During Social Distancing 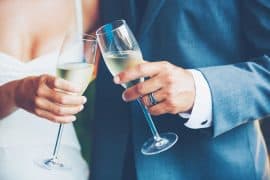 How Long Should a Maid of Honor Speech Be?